Home > Au Pair Information > Can Men Be Au Pairs Too?

Can Men Be Au Pairs Too? 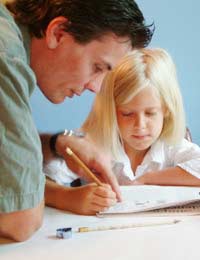 Although the role of au pair has always traditionally been that of a girl, it is becoming more and more common for boys to also want to stay in the UK and work as an au pair.

And why not? While it is understandable why some families, particularly those with daughters, might still prefer a female au pair, actually there are some huge advantages to choosing a boy which are often over-looked.

This is not because they don’t miss their friends and family, but because they are often more independent as individuals and also able to go out on their own.

It is still far easier for men to go into pubs alone, or go out in the evening on their own, than for girls, and this means that they can more quickly immerse themselves in the culture and start a social life.

As well as being able to be more independent from the start, boys also tend to enjoy exploring their surroundings and can sometimes prove to be more adventurous than female au pairs. If you are trying to balance having some private time with your family with also making sure you include your au pair in your leisure activities, male au pairs can make this easier by often taking themselves off for the weekend to explore the UK and what it has to offer.

Boys are More Likely to be Drivers

It is much more common to find male au pairs who are able to drive – and who may have driven their own car on a regular basis – than it is females. They also seem to be less ‘phased’ by the idea of driving in a different country and seem to take it in their stride. For families who need a good driver, then to expand their search criteria to include male au pairs would be a good move.

Boys are Able to do Heavier Work

While the Home Office provides guidance notes on the kind of jobs which au pairs are either expected or not expected to do, by choosing a male au pair, this remit can be expanded to include some jobs which would traditionally be unacceptable for a female au pair.

For instance, boys very often do mind - and sometimes actively prefer – roles where they help with garden work, general maintenance, fixing things, lifting heavier burdens etc. Families for whom this would be an added benefit could do not better than to consider male applicants

Boys Interact Well With Other Boys!

If you have boys, and particularly slightly older boys, a male au pair can be a life-saver. Male au pairs are far more able to engage with boys, by joining in with computer games, playing football, taking them to sports clubs, encouraging them to be active outdoors etc. After all, men never grow up – and it is often as much fun for the au pair as it is for your children!

Because male au pairs are a less popular choice for families, there are more to go around. If you are having difficulty finding a good female candidate, why not widen your search to include men? They are more easily available than girls and often will stay long term without a problem.

Yes, you do need to check before they come, if you have a lot of tidying tasks and ironing to be done, if they are happy to do so – and whether they have experience, but contrary to popular belief, there are very good male ironers out there!

So go on, why not give the boys a chance!