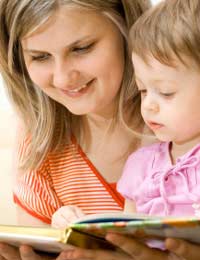 If you are interested in being an au pair, hosting an au pair stay, or are involved in the placement of au pairs in the UK, sooner or later you will come across the phrase ‘Tier 5’. So what is it exactly?

Well, Tier 5 is the label the Government gives to the section of the new Youth Mobility Scheme which took over from the old Au Pair Scheme last year.

It is therefore important to understand the implications of this fifth tier of visa processing, and the way that it affects participating members of what was the au pair programme.

For many years, up to and including 26th November 2008, the UK government operated a separate cultural exchange programme in conjunction with a number of other countries so that applicants wishing to be au pairs could enter the UK for that purpose.

As part of this scheme, the Home Office published set criteria which both au pairs and host families alike were beholden to abide by in order to comply with the spirit of the scheme and specific au pair visas were offered to Non-EU applicants who were from participating countries.

However, although the Home Office guidelines as to how to treat an au pair still stand, the way the scheme is operated has now changed.

Changes to the Au Pair Scheme

From 27th November 2008, the old au pair programme was scrapped and the specific visa application category of ‘au pair’ was subsumed into a system called the Youth Mobility Scheme. The intention was to simplify the process in which young people wish to enter the UK as temporary immigrants by lumping several former categories together.

In this way, the new scheme incorporates a number of different reasons as to why young people may wish to travel to the UK (such as to study, to work on a temporary basis, to travel etc), and lists them under Tier 5 of the scheme.

Thus the main reason for implementing Tier 5 was to rationalise and better regulate temporary immigration to the UK by amalgamating several similar schemes which have hitherto run alongside each other, albeit with slightly differing rules. These groups include:

Now these categories have a single set of uniform requirements and also include additional reasons for coming to the UK such as for sporting, artistic, and religious reasons or for volunteer work.

Fifth Tier regulations are operated as part of, and in conjunction with, the government’s new points based system of immigration.

This means, that those wishing to come to the UK as a temporary visitor must complete an application and meet the associated entry requirements. These include:

For non-EU applicants wishing to come to the UK as an au pair, they will now need to check if their government has applied to be a participating country in the Tier 5 system, as it does not necessarily follow that those countries partnering the British government in the former au pair scheme will be automatically accepted.

So for instance, Turkish nationals can no longer currently apply to come to the UK as an au pair under the new regulations, and the Turkish government will have to re-apply for an international agreement if they wish to do so in the future.

Conversely, there will be some – for instance applicants from the USA and Japan, for whom the new system will make it easier to apply for a stay as an au pair.

Because the scheme is so new, the Home Office are still updating the relevant information for Tier 5, so if you want an answer to a specific question, either write to one of our experts or refer to the Government’s Visa webpage.