How Much To Pay Your Au Pair 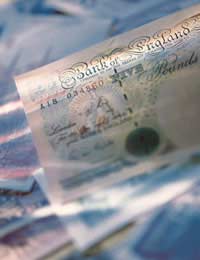 One of the first questions families need to know when considering whether to have an au pair is how much to pay them!

The wage for an au pair is a very grey area and one which needs careful thought but if your follow our advice, you shouldn’t go far wrong.

Au Pairs Are Not ‘Employed’

The first thing to realise is that au pairs do not fall within the auspices of employment law. In other words, an au pair is not your ‘employee’. Rather, the UK government has set up a scheme whereby young people can visit the country to learn the language and earn a bit of spending money without having to pay tax.

This means that instead of referring to au pairs earning a ‘wage’ or ‘salary’ (as a nanny would, for instance), they are given ‘pocket money’ - a weekly allowance in exchange for helping a family with childcare and jobs around the house.

However, paying an au pair pocket money also throws up some difficulties. Because au pairs don’t have to declare their earnings, they also don’t enjoy the protection that employment law can offer and can be left vulnerable to unscrupulous persons who do not pay them properly or use them as ‘maids’ or ‘servants’. (These are the horror stories you hear about in the media and which can be rife amongst au pairs themselves).

Nevertheless, most families are decent, honest people who genuinely need an extra pair of hands to help ease their busy lives and who are grateful for the work an au pair offers and are willing to reward them accordingly!

So – How Much should Families Pay?

The Home Office has set out guidelines which families should follow when considering how much to pay their au pair but within these guidelines, the arrangement is a private agreement between the family, agent (if one is being used) and au pair. The current guide prices are as follows:

The Influence of Market Forces

Of course, as with any business, the market place plays a big part in the question of how much an au pair may receive. While there is a set minimum rate, under which it must not fall (currently £60 for 25 hours), if there are less au pairs applying for positions, than families looking, they will naturally be attracted to those able to offer slightly more money.

World economics will also play a natural part in both the amount of money families’ offer and the number of au pairs willing to come.

For instance during these times of the Credit Crunch, families may be wanting to tighten their belts a little and not increase the amount going to their au pair – but they would also be wise to consider monetary values further a field.

For example, while the UK experiences the beginning of a possible recession, the Euro is strong against the pound. Most Western European au pairs will be used to a very high standard of living (particularly in countries such as Germany) and will find it more difficult to accept a role where they might be paid effectively half of what they could achieve in another country.

Another consideration will be that whilst in the past we may have been guilty of viewing applicants from Eastern Europe as being ‘grateful’ to receive the kind of amounts that would be unthinkable for them at home, things are changing with great rapidity. No longer are these countries quite so impoverished, and as new countries enter the EU or qualify as Accession Members, prices are climbing to a level comparative with the West.

As we know, London exists as an economic microcosm within the UK. As with other jobs, girls who go to London will expect to receive a weighting in their pay which reflects the higher cost of living there.

Similarly, if you have a family which is ‘busier’ than usual or perceived as offering a more ‘difficult’ job for an au pair, you may wish to consider offering more pocket money to try to attract the right au pair. For instance, most applicants don’t want to help look after more than a maximum of 3 children, so if you have 4 or more, you will probably find it harder to find an au pair who is willing to join your family.

The Golden Rule is really to decide what you can afford in conjunction with what is a fair price!

How to Attract an Au Pair to Your Family

Paying Tax For an Au Pair

How Much Notice To Give An Au Pair